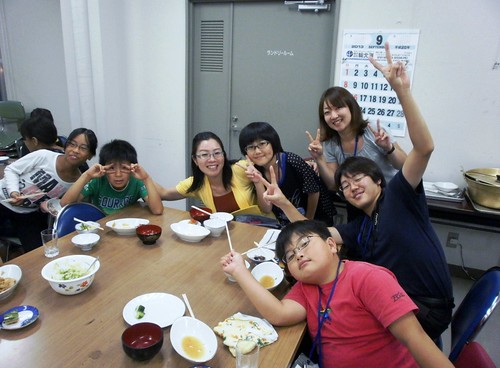 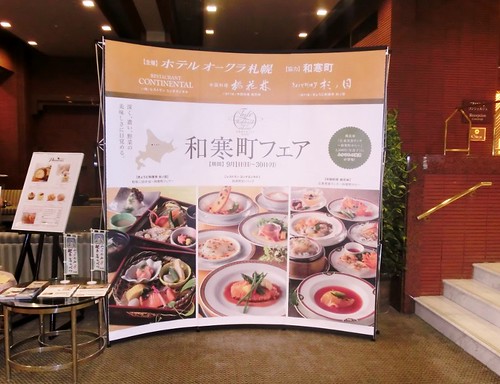 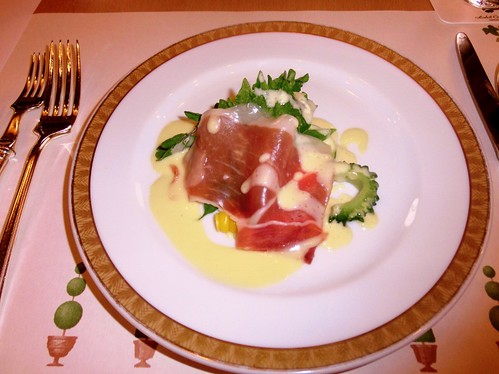 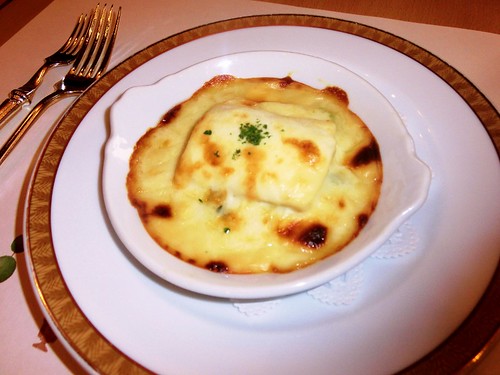 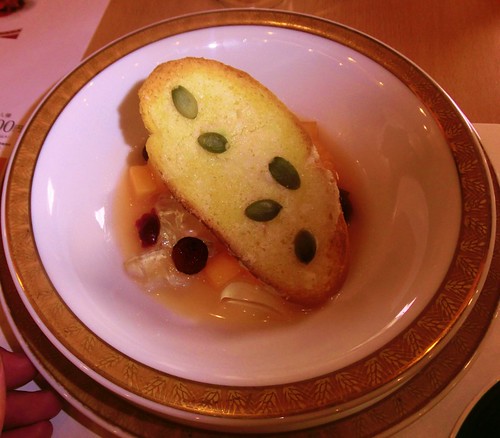 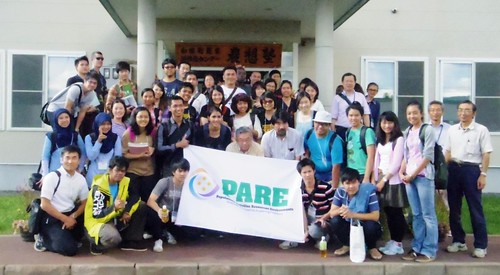 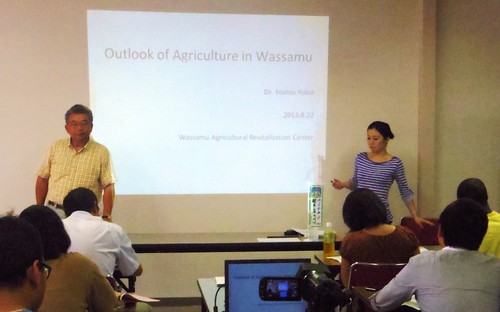 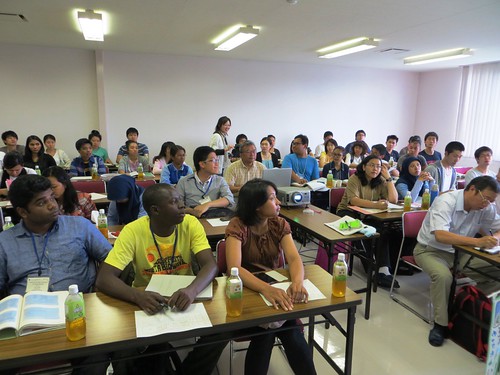 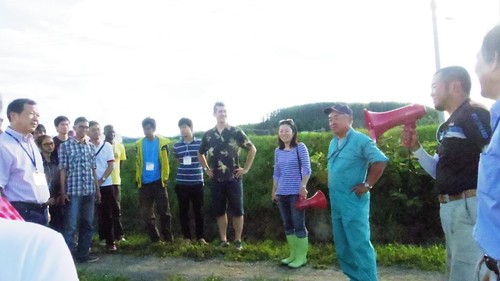 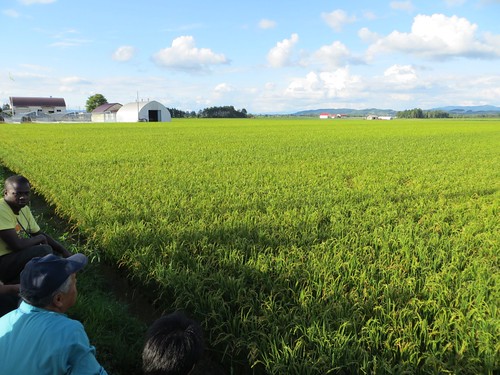 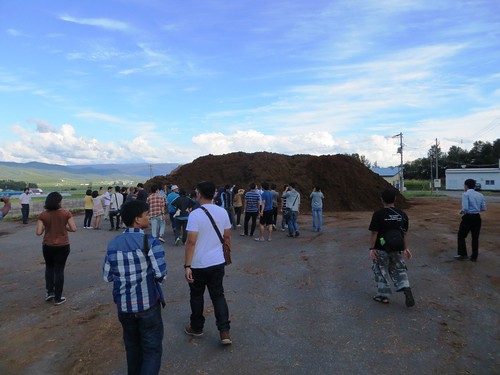 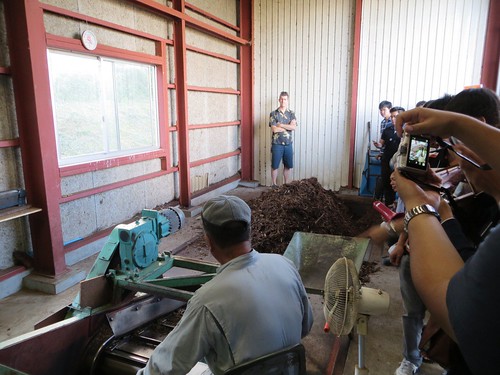 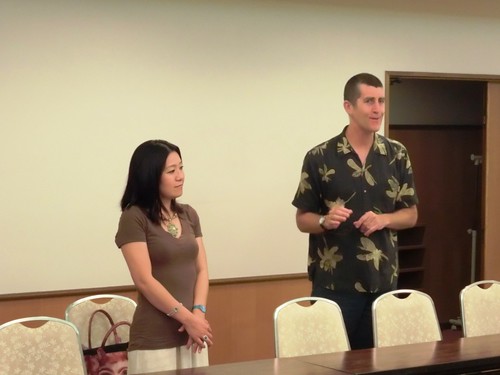 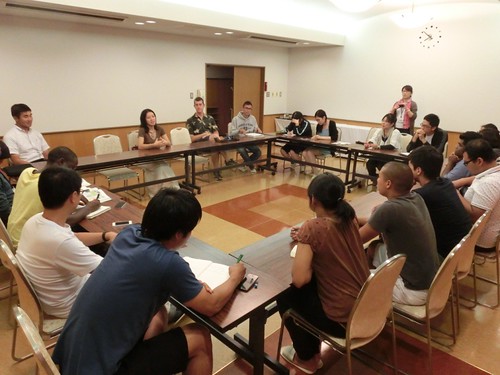 Hello! The weather in Wassamu has become much more bearable to work, play, and relax.

My friend, Yoko, who is staying in Wassamu to experience farming from Kagawa, and I needed some time to chat and catch up with our daily updates during our busy and challenging days in Wassamu. So, we went to this restaurant we have always wanted to go called “Tone”. (http://toune.qee.jp/shop/)

Oh yes, this was the first time to go to an “izakaya” since I’ve moved here!こんにちは、館洞です。

It’s already September. Still very hot during the day even inside the building. My friends in mainland Japan tell me to be quiet when I say Wassamu is boiling hot. Surely, it is much cooler here compared to Tokyo or Okinawa. However, I need to remind you that there is very limited number of places in Wassamu that are air-conditioned! When it’s hard to bare, only the post office and the library will turn their air-conditioner on. I mean, when it’s about 31 C inside the office at Wassamu Town Office… We don’t even have fans, and I rely on my USB-connected desk top fan on desk.

Still hot, but it’s clearly turning to autumn.
I can see the wheat harvested weeks ago, rice turning golden and heavy, pumpkins harvested and in the containers, and there are still numerous different kinds of pumpkins to be picked up on the way. Oh, and there are also cabbages getting bigger and bigger. I’m rather impressed by the flow of agricultural procedures and fast growth in Wassamu, because it was only about three months ago when I planted those little pumpkins from the pots to the field. Now they are already yielding so many huge fruits! Summer in Hokkaido is short. Soon it’ll start snowing. People have to work fast and prepare for the long winter…

The farming is the vital force and the basic culture of Wassamu. Many people in Wassamu are farmers, and their caring, modest, quiet lifestyle is a lot to do with their way of life: preparing soil, ploughing, planting, weeding, watering, keeping their eyes on them day and night, and harvesting and again back to the start. I do respect people with different background and cultures. Although sometimes some things are unfamiliar to me that I get uncomfortable or get puzzled. I’m the one who has been treated as a strange Japanese person who eats raw fish and seaweed. That’s why I do not say farmers are “bad” or anything similar. They are the people who have sustained the human beings and our civilisation. However, to me, agiculture-based culture and ways of thinking are undeniably strange. So, this is about what makes the farmers the way they are, here in Wassamu, or probably in many parts of Japan that is living on farming.

Right to the conclusion first, I’m not a good farmer-spirited woman!
I’ve always been a ‘bad girl’ at school, or it was just that my innocent curiosity and spontaneousness made my teachers go mad. I was always considered being too different from others or simply stands out too much. I could not understand why I had to be punished by raising my hand and speak of my opinion that I never thought it would offend my teachers (and/or other classmates!)… As I grew up, I started to understand why I was different slowly. My parents were not the ‘average Japanese parents’ who teach their children to be the same as the others, and not to show their feelings or thoughts in front of the others. Instead, my parents always told me to ‘think and act with your own head and be responsible with your own doings’. This was, I didn’t know back then, but the most direct reason that I was not the favourable student. So, where was the major philosophy of the Japanese education coming from? Why do most of the Japanese teachers and parents tell their children (and even adults!) to be quiet and not to stand out?

Maybe, because the Japanese spiritual culture is coming from “agriculture as a community”. Of course, there will be people who’d say it’s Zen culture or else, and I still don’t know why the same agriculture-based European countries, especially the Great Britain with similar geological characteristics to those of Japan’s, such as being an island-country, acts almost oppositely. English culture teaches their children to be polite but as unique as they prefer to be, and try to encourage and extract the best part of each person from childhood. I’ve never been scolded by any British teacher for my expression of ideas or opinions, or even the way I painted pictures. Instead, I was sometimes told why I had nothing to express. Even the bad girl Akane in Japanese schools was lacking in her spontaneousness from many British teachers’ point of view…!

Anyway, I often felt unfair to be silenced to ask questions or say my opinions in mainland Japan but when I moved to Wassamu, I saw people who are surprisingly similar to my mentality. It makes sense that more people in Hokkaido have originality and spontaneous attitude compared to the people in mainland Japan, because of the history of pioneering and immigration from the mainland. Wassamu is a small, very conservative town with many farmers, yet the individual people are much more expressive and individualists. I see more people who are like my parents. It’s so interesting. My parents may have always been good ‘Hokkaiders’!

Seeing the expressive and more free mentality of people here, I see how they keep the superficial agriculture-spirituality at the same time. I could recognise what have formed the culture once again here in Wassamu that now I respect the people more and can accept my past, being scolded by Japanese teachers at school!

The farmers in Wassamu are mostly the descendants of the immigrants from different parts of Japan. They must have had compelling reasons to have decided to leave their home and move to the strange land with deep snow. Some were to escape from the natural disaster such as flood and crop failure, others were the brave people who wanted to start their lives anew in wild land. But they all shared the freezing cold weather, cut down the trees to make space for agricultural use. Furthermore, once they’d moved to Hokkaido, they couldn’t go home crying and saying the life on mainland was easier. Hokkaido was far when they didn’t have earoplanes or bullet trains. That’s probably why people are very practical here and they have less attachment to the ‘land’. They have survived the establishment of Hokkaido.

The farming requires a lot of work as we can imagine. I have experienced the small-scale farming for the first time in Wassamu this year and learnt that large-scale farming is indeed a hard work. The vast area to plough, plant, water, pest-control and harvest, and all with your responsibility and luck. If you don’t take care of them properly, you could see all the crops dying in front of you and won’t have any income but debt. It’s a risky business. And it requires physical fitness. Sleepless nights are usual during harvest time. Now, suppose you and your neighbour don’t get a long, but your neighbour is harvesting pumpkins all through the night till the morning. And in need of help. You’d feel the natural urge to help them even if you don’t like them. Because you do know how hard it is as the same ‘farmer’. Then, once you help them, they’ll thank you, even if they also didn’t like you much. This way, some inevitable bond is born and this has been like this since many generations ago. The agriculture is an endless game with nature, and farmers are bonded with unspoken agreement to help each other.

Farming is only possible during the warm, snow-less seasons in Wassamu, like most of the other parts of Hokkaido. Farmers have half the time for doing their works compared to the farmers in warmer parts of Japan. Needless to say, people have to rush at times. Also, agricultural fields are often attached to each other; some yours and others are your neighbours. Therefore, if you only think of your own rice field and spray pesticide right next to your neighbour’s pumpkins that need to be pollinated by bees, you are going to ruin your neighbour’s crops. So, you need to always be careful with the surrounding situations and what people are doing.

Always pay attention to what others are doing and don’t do anything too different…
Very much related to the farming.
Weeding nervously is also like trying to exclude and terminate different people from the school…
I’ve seen this before when I was at school… (Not sure if I was a weed, because I may not be that tough!)

Farming made people think and live this way.
But what about the farmers in Europe and America?
This is going to be an interesting topic to do some more research.

In the end, I don’t just criticise for complaining. I see, try to understand the fact along with the reasons behind the facts, then have my own taste, and personally, I always accept what it is like as a fact. I can like or dislike things, people or cultures, but I do accept them all.

I’ve come to compromise with my rather provocative, not-so-happy childhood in Japanese schools. Farming is important. And I respect farmers, and their culture.